Is the world getting smaller or is it drifting apart?

E-commerce is most certainly growing and taking a larger portion of the total retail revenue. No one doubts that.

What is less known is the fact that cross border e-commerce is growing faster than domestic e-commerce. Both in value as well in number of buyers. This development is already changing the stage for some market players, and it applies both to businesses as well as governments.

If we start with the commercial players, we see that there are two camps:

One camp that is negative to the growing cross border e-commerce resulting in increased competition. It might have been so that Company X had the sole representation of an attractive brand in a certain market and suddenly it got competition from players in other geographies selling the same brand, maybe at a lower price?

The opposite is of course the company that sees a potential for growth by reaching out to new geographies without classic physical investments in shops, delivery centers, etc. Classic factors limiting geographical expansion are suddenly not that important anymore, and crossing borders means larger audiences and more opportunities for businesses.

Similarly, looking at governments, and other public-sector actors, also these can be divided in two camps: 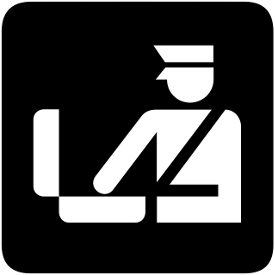 A good example here is that China during the spring of 2016 increased the customs charges on inbound e-commerce. Probably in order to gain income as well as to “protect” domestic sellers and to control currency flows.

The opposite, of course, is when a country wants to stimulate cross-border trade and make it easier for private individuals to buy online from other countries. One way of making this happen is to increase the exempt amount for e-commerce – the cut-off point at which customs duties and sales tax will be charged. One example is the United States, which this spring increased the threshold from USD 200 to USD 800.

So, when we look out through the window – what kind of world would we like to have?

Seeing that two large economies go in opposite directions, I can make out two scenarios:

A world that gets smaller and where cross border e-commerce is simple. Lowered customs limits is one component.

Or a world that drifts apart with increased trade barriers, more and more complex rules, and maybe even “geo-blocking” in one way or other. Similar to Netflix giving its users access only to locally-allowed content.

The choice, unfortunately, is not yours, but you can at least have an impact by how you conduct your e-commerce business.