In the end, and especially at the end of each year, it is all about the figures and the overall performance. Hard work from throughout the year with customer retention and customer acquirement shall pay off. 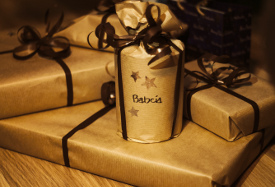 Most of the indications for the fourth quarter of 2015 predict new records or magic numbers of parcels distributed by postal organisations and logistic companies around the world. The fourth quarter and peak period from October to December is the most vital period, where high number of parcels shall be delivered. Some of the parcels will be nicely placed under a Christmas tree somewhere around the world, some will be opened instantly, and some opened and publish as an “unboxing moment” on YouTube.

Chinese manufacturers produce a large share of the world’s Christmas gifts, but the gifts are mainly intended for export. The goods that will stay within China will most likely not be placed under a Christmas tree nor published on YouTube. The reason for this is that Christmas trees are mainly placed in shopping malls around China and not in people’s homes. Secondly, the fact is that YouTube is banned in China. However, there is a domestic “unique” alternative called youku.com that replaces the need for YouTube, where unboxing moments are published among other traditional but “adapted” YouTube video clips.

The first indicator of the magical numbers can be spotted by Edi-Soft who operates in PostNord’s home turf – the Nordics. Edi-Soft, which connects 10 000 companies in the Nordics with a delivery management software called Consignor, reported a 48 % growth for Black Friday volumes in 2015 compared with 2014.

The second indicator for Europe is from Metapack, which is a company based in the ecommerce wonderland – the UK. Metapack reported a 46 % growth from 660 115 to 963 754 parcels recorded in their systems over Black Friday 2015 compared with 2014. Metapack offers a delivery platform with over 300 carriers and postal operators integrated in their system.

The third indicator isn’t USA-based this time – instead, I decided to use Single’s Day, another magic number 11.11 (11th of November), as an indicator. The Single’s Day 2015 reached sales of 14.3 billion USD not only from millions of Chinese consumers, but also from millions of consumers outside China who have started enjoying the great bargains directly from manufacturers in China.

The sales of Single’s Day actually surpassed the 3.1 billion USD reported for Cyber Monday, and even Cyber Monday and Black Friday together which were reported to have totaled 13.47 billion USD in sales.

YTO is one of the largest logistic companies in China and earlier this year Alibaba acquired a minority stake in YTO to secure the logistic chain within China. YTO is another good source and they reported receiving a new magic number of 53.28 million parcels within China booked during the 11th of November, 2015.

Alibaba, which owns the trademark rights of Single’s Day, has really succeeded in making the concept into a global phenomenon, and in translating the magic number 11.11 into financial magical numbers.