As in many other countries, also in Sweden this year’s Black Friday was a record-breaking success for retailers. Around 30 % of all Swedes shopped for bargains on November 25, resulting in transactions worth EUR 370 million*. This was a phenomenal year-on-year increase compared to last year’s sales of EUR 230 million. To put these numbers into context, in 2015 Swedes made online purchases worth EUR 6.5 billion. For the Nordic market as a whole, the total value of e-commerce sales was EUR 17.1 billion last year**. 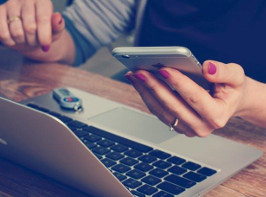 The average shopper spent EUR 185 this Black Friday, which also is an increase from the previous year. Consumer behavior has evolved over the years, and shoppers are now better at planning their purchases in advance, though impulse buys are still common. Those who had prepared, researched products and compared prices ahead of time, and some even went so far as to set their alarm clocks for the middle of the night in time for the best deals. The result of this behavior was noticeable among, for example, home electronics businesses, where consumers had postponed their purchases until Black Friday. In general, Black Friday’s most popular categories included clothing, home electronics, entertainment media, and interior design.

Even though Black Friday is often viewed as the beginning of the Christmas shopping season, more than half of all Black Friday shoppers purchased items for themselves. This could be due to the fact that Christmas is still several weeks away and many people have not yet started thinking about Christmas presents.

In previous years, Black Friday was mostly an international phenomenon and many Swedish retailers did not participate with special campaigns. However, due in part to the international competition, Swedish retailers have now become more active, which has resulted in this year’s large increase. As a consequence, only a small part of Swedish purchases last Friday were ordered from international, non-Swedish merchants. Purchases from international online shops equaled only EUR 21.8 million, about 6 % of total sales that day. Thus, my insider tip to those e-tailers eyeing the Nordic and Swedish market is that there’s potential for international actors to reclaim market share. For more inspiration, see our previous article on increasing online sales and our information on how delivery solutions can improve e-commerce.

* Data based on a PostNord-commissioned online survey by TNS SIFO with a representative sample of 1698 Swedish respondents between the age of 18-79.
** report E-commerce in the Nordics 2016, PostNord