The Nordic countries were early adopters of the Internet and have a highly developed digital infrastructure. The Nordics are above the European average for the number of e-commerce consumers, internet penetration and average spend per year. Growth in the number of new e-commerce consumers has been relatively weak at 12 percent, which is to be expected in a mature market where the majority already buy online. The products most commonly bought online in the Nordic region are clothes and fashion, home electronics, and cosmetics.

To date, no platform or market place operator has established a presence in the Nordics. This means the Nordic countries have not yet been able to fully share in the benefits that truly large scale platform operator’s offer, such as free shipping and same-day deliveries. The absence of these global giants, in combination with large geographic distances, is probably one explanation why Nordic consumers are willing to accept relatively long delivery times. 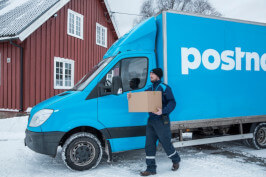 The Nordics are the countries in the survey that buy the most from abroad. 83 percent of the consumers who have bought online say that they have also made purchases from abroad. The foreign markets mostly favored by the Nordic consumers are China, UK, Germany and USA. Even if not all the Nordic countries are EU members, they have their own reciprocal trade agreements, which favor e-commerce between the countries.

PostNord/Direct Link has conducted studies of the European e-commerce market since 2014, presenting its findings in the report “E-commerce in Europe”. The report is based on interviews with consumers in Belgium, Denmark, Finland, France, Germany, Italy, Netherlands, Norway, Poland, Spain, Sweden, and the United Kingdom. In a series of blog posts, we will take a closer look at the individual e-commerce markets covered by this year’s “E-commerce in Europe 2018”. The new 2018 report can be ordered free of charge.