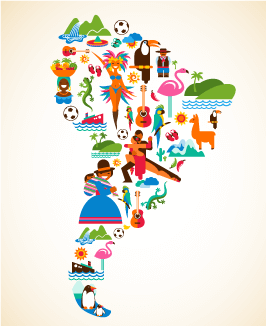 Speaking at a recent e-commerce conference in Brazil, Fallabella.com CEO Ricardo Alonzo said that if a merchant only looks to mature markets, they can lose big business opportunities. Alonzo said it’s possible you can make more sales expanding to a smaller Latin American country because you can build a niche there. Global e-commerce sellers also need to resist the temptation to view Latin America through a single lens, because each country has its own preferences, weaknesses, and opportunities. How you merchandise and what you sell in each country is key. For example, while midrange apparel brands do well in Colombia, car replacement parts are big in Chile. And you must consider price points as well, as no two Latin American economies are the same.

As the e-commerce market matures, international payment companies are launching ever more sophisticated products in Latin America, encroaching on the turf of legacy players. But still, there are obstacles that could hinder your global e-commerce initiatives. In Mexico, only 22.6 million credit cards are in use among a population of nearly 120 million. Rather, cash-based methods and bank transfers are popular in both Mexico and Argentina. In Chile, however, the credit card is the dominant form of e-commerce payment.

A terrific way to dip your toe into Latin American waters is to test the e-commerce marketplaces. While Amazon and Walmart are making heavy investments in Latin America, Mercado Libre leads e-commerce across Latin America and the company operates in 13 countries and has more than 175 million users. Thus, there is huge potential in looking at not just the top-tier markets in order to find a lucrative niche.